In solidarity with tens of thousands of people affected by the biggest environmental disaster that has hit the Ecuadorian Amazon, more than 150 organizations, networks,
movements, and unions –representing more than 285 million people internationally –
are asking the government of Ecuador to appeal the arbitration award issued by the
Dutch justice system in favor of the oil transnational Chevron. 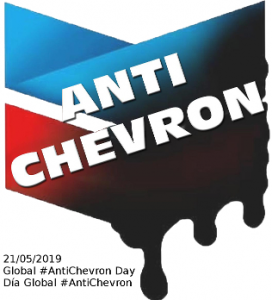