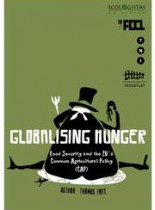 After several rounds of reforms, the European Union’s (EU) Common Agricultural Policy (CAP) is once again facing a comprehensive overhaul. By 2013, the current CAP will come to an end, yet the debate over its future has already begun. The discussion over the €57 billion spent on the CAP today – amounting to more than 40 percent of the EU’s budget – takes place against the backdrop of a dramatic worsening of the global food crisis, associated with rising and more volatile food prices.1 For 2010, the number of hungry was estimated at 925 million people, up from 833 million in 2000-2002.2 Although the Common Agricultural Policy strongly influences the state of poverty and food insecurity in the world, its external dimension is barely taken into account in the current debate.

The European Union is a leading world power in agricultural trade. It is the largest exporter of processed food, the second largest exporter of dairy and pork and the third largest exporter of poultry and wheat. Many of these products benefit from generous CAP subsidies awarded to European farmers and food processors, yet at the same time, the EU’s free trade agreements (FTAs) have been forcing developing countries to open up their markets for European surplus production, stimulated by generous CAP support. Local farmers and processors in the Global South who cannot compete with subsidised European goods, however, face the risk of being displaced by unfair competition. The EU is also a large importer of farm products, particularly animal feed like soya beans which occupy millions of hectares of farmland abroad that can no longer be used for local food production. Therefore, any changes to the EU’s demand and supply have strong impacts on agriculture and food security in the world.

This publication is published within the framework of the EU funded project Just Trade (www.just-trade.org).
The project advocates for greater policy coherence between EU development and trade policy, with a view to promote equitable and sustainable development.
Partners in the project are: Ecologistas en Acción (Spain), FDCL (Germany), Glopolis (Czech Republic), Protect the Future (Hungary) and Transnational Institute (Netherlands).
The content of this publication is the sole responsibility of the publishing organisation(s).