The FDCL and Lateinamerika Nachrichten (LN), as well as, since 1996, the Berlin Working Group on Environment and Development (BLUE21), share offices in the top floor of Berlin’s Mehringhof Centre. attac-Berlin is also part of the shared office. The FDCL makes its premises available to groups and initiatives working on relevant countries or topics. Individual working groups from attac-Berlin, the Latin America Working Group on Mining(AG-Bergbau Lateinamerika) or the Columbia Campaign regularly make use of this offer.

For queries regarding room use, please email info@fdcl.org

Since its beginnings the FDCL has worked with social movements and civil society organisations from throughout Latin America. The FDCL is a reference and focal point for solidarity groups and those interested in Latin America, who can learn from and contribute to an open project. The FDCL is part of an active national and international network and is involved in different development policy and solidarity-related networks and campaigns. Individuals, as well as representatives of social movements and grass roots organisations from Latin America visit the FDCL and are accompanied on campaigning tours. The FDCL cooperates with many North-South initiatives, non-governmental organisations and institutions.

At a national level, the FDCL is represented in the following networks and associations:

At an international level, FDCL is involved in the following networks:

The FDCL cooperated with various European non-governmental organisations in the following projects:

Hands off the Land

From April 2011, the FDCL was involved in the three-year project „Hands off the Land – Take action against Land Grabbing“. Together with the Transnational Institute TNI (Netherlands), FIAN International, FIAN Germany, FIAN Netherlands, FIAN Austria and IGO (Poland), the FDCL implemented educational and awareness-raising activities in order to support civil society initiatives against violations of human rights due to large land grabs. The organisations involved also work for international initiatives for the regulation of agricultural investments and the implementation of the right to food. The project was co-financed by the European Union. The project was concluded in March 2013.

Put MDG 1 back on track

From March 2011, the FDCL worked on the three-year project entitled: “Put MDG 1 back on track: supporting small-scale farmers, safety nets and stable markets to achieve food security“. Together with the non-governmental organisations Glopolis (Czech Republic), SOS FAIM Belgique (Belgium) and SOS FAIM Luxembourg, the FDCL worked on awareness-raising and lobbying activities in order to strengthen the political will to achieve the first Millennium Development Goal (the eradication of extreme poverty and hunger). The project was co-financed by the European Union. The project was concluded in April 2013.

The Just Trade?! Project calls for greater harmonisation of development and trade policy in the EU. The project was supported by: Ecologistas en Acción (Spain), the FDCL (Germany), Glopolis (Czech Republic), Protect the Future (Hungary) and the Transnational Institute (Netherlands). This website highlights the project’s activities and publications. The project was co-financed by the European Union. The project was concluded in February 2013 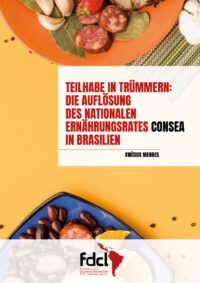 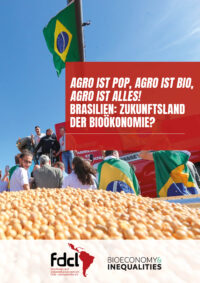