Protest against the mega-dam in Baram. Photo: SAVE Rivers

SAVE Rivers is a coalition of indigenous organizations, and affected communities and focuses on stopping the mega-dam in Baram (Sarawak highlands). She has worked on their advocacy campaign, and assisted in mobilizing communities by giving talks in the affected rural areas.

June RUBIS has over ten years of conservation experience in Borneo, with a background in wild orang utan research. She currently works for LEAP (Land Empowerment Animals People) as Manager, Civil Society Initiatives & Wildlife Conservation. For the past couple of years, she has focused on indigenous organizing and advocacy, and youth and women’s rights. She has worked with the indigenous coalition, SAVE Rivers, in Sarawak, Malaysian Borneo, fighting to stop the twelve mega-dams in the state.

The event will focus on mega-dams built and planned in Malaysia, Turkey and Brazil. 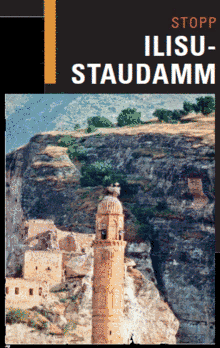