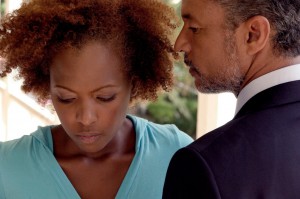 Elza’s mother Bernadette has tried hard to give her daughter everything. She is thrilled when Elza, the first college graduate in the family, completes her master’s degree. But Elza breaks her mother’s heart by running off to their native Guadeloupe in search of a distant childhood memory: the father she barely remembers. Based on director Mariette Monpierre’s own life experience, this feature debut captures the passion and contradictions of a family in transition while offering a rare insider’s view of Caribbean culture. This riveting 80-minute feature, filmed on location in Paris and the French West Indies, explores the emotional journey of a young Parisian woman who returns to her native island of Guadeloupe in search of the father she has never known.

Following the screening, a public discussion with Director Mariette Monpierre  will take place, as well as a small reception in the cinema foyer.

“Like Elza the woman (ripely embodied by Stana Roumillac), “Elza” the movie is sensual, sun-kissed and emotionally secretive. Bathed in the flamingo colors and Caribbean rhythms of its location, this deeply personal debut from the writer and director Mariette Monpierre develops with a lingering attention to sensation and sound. (…) Effectively balancing these grimmer themes, Ms. Roumillac gives Elza a youthful, searching energy.” The New York Times Pick

“Elza” is a dazzling jewel that must be seen, chatted up, tweeted about and supported. It is an absolute winner!” New York Amsterdam News

“Cinematically stunning, “Elza” is an endearing, timely and important feature film about the changing Caribbean family. (…) while reveling in the island’s scenery and music, Monpierre also openly conveys the harshness of a class system based on color.” New York Amsterdam News

“Elza is a sumptuous, beguiling call to challenge the legacies of slavery — the early constructions of race and class codes that became social and economic realities both enforced and resisted for centuries. That a woman filmmaker is also looking at the ways that constructions of gender and a history of colonialism have complicated these spoken and unspoken laws of race and class — not to mention the ways that they have been inherited and implemented in film industries both national and global — is another astonishing feat.” By Diane Sippl, Kinocaviar