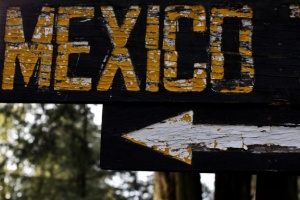 The EU-Mexico Free Trade Agreement (which is part of the Global Agreement) entered into force 17 years ago. The existing free trade agreement allowed the EU to get 95% of goods and services liberalisation. Yet, the EU has deemed this treaty “outdated”. The “modernised” EU-Mexico agreement aims to reach the same level of liberalisation as in the Canada-EU trade agreement (CETA). Because tariffs between Mexico and the European Union are already low, the proposed agreement would focus on deepening services liberalisation, regulatory issues, investors’ rights, government procurement and state enterprises, intellectual property rights and non-tariff trade barriers. It will include chapters on investment protection (including investor-state dispute settlement), regulatory cooperation, and intellectual property rights, among others.

The EU and Mexico announced in early April that they aim to conclude negotiations before the end of 2017.  The negotiations are happening at a very fast pace and under secrecy. This has made meaningful participation and monitoring of negotiations by civil society impossible.

Concerns ahead of the next round of negotiation

Deepening of the same failed model of the current Global Agreement

Several independent studies have evaluated that the current trade agreement did not achieve the promised results in terms of sustainable development, job creation and the protection of human rights in Mexico. It did not even achieve the promised trade diversification[1]. Furthermore, the democratic clause of the Global Agreement has not resulted in any decisions or measures that helped alleviate the continuous violations of Human Rights, including by EU foreign investors, in Mexico. The Political Dialogue has not favored a meaningful dialogue between society and government.

None of this has been taken into consideration when designing the new mandate of negotiation for the modernisation process. It is worrying that the new treaty will deepen the same model of trade liberalisation instead of promoting a new type of relations based on economic complementarity, that put the full respect for human rights and the right of governments to determine economic development models, above competition and the profit of large corporations.

The stated aim to add an investment protection chapter means the agenda for modernisation of the FTA is first and foremost an extension and deepening of the protections for investors. This investment protection chapter will enable foreign investors to one-sidedly challenge governments’ public interest regulations, enforceable by an investor-state dispute settlement that bypasses the national legal systems.

There are widespread concerns that a modernised FTA between the EU and Mexico that includes investment arbitration will curtail future government’s policy space to reverse the Mexican government highly controversial and unpopular decision to open up, after decades, the exploitation of the oil and gas industry to foreign companies. Oil and gas companies are among the most active users of investor-state dispute settlement globally[2].

On the other hand, European companies have a track record of human rights and environmental violations in Mexico with virtually total impunity[3]. The proposed investment chapter developed by the European Union does nothing to address this situation. On the contrary, it will deepen the imbalance between binding rights for corporations and voluntary guidelines when it comes to the respect of human rights. The EU proposal does not include any obligations for investors, only rights.

The proposed chapters on sustainable development and political dialogues include vaguely phrased and non-binding commitments to environmental safeguards. This chapter’s weak and unenforceable provisions stand in sharp contrast to the strong and highly enforceable privileges for foreign investors that are proposed in the investment chapter. No judicial remedies are established for communities affected by the proposed treaty. Finally, the right to development is not ensured by this chapter, but on the contrary is put at risk.

In the current negotiations, the EU insists that Mexico recognise the 1991 International Convention for the Protection of New Varieties of Plants (UPOV). This would further restrict the free circulation of seed exchange among farmers and would threaten the diversity of Mexican maize species. The victims will be the three million farmers whose traditional agriculture is a cornerstone of the country’s food security[4].

We, the undersigned civil society organisations from Mexico and Europe, call for a halt of ongoing negotiations until the European Commission and the Mexican government agree to:

We also strongly recommend that the EU and Mexico lend its full support to the UN process for a Binding Treaty on Business and Human Rights as a step to begin to bridge the current governance gap for transnational corporations.